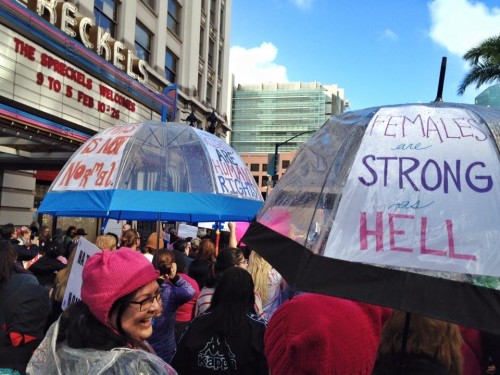 I am Pagan and I call myself a witch, but I don’t do spells. Not the usual spells Wiccans do, anyway, with an athame or crystals or candles. I’m simply not called to them in any way. I think I’m a little too Atheist for them to speak to me. I have a need to be grounded in a spirituality which is very tangible.

But last night I took sharpies and poster board and did magick with them. I sat with my friend Sofia and made all these signs. I think this is magick. When you create some kind of art, any kind, even if it’s just markers and poster board, you’re constantly thinking about what you are doing. This is a prayer. Knitting a baby blanket is like a prayer for that baby. It is mind work. It is magick. It is spellwork. 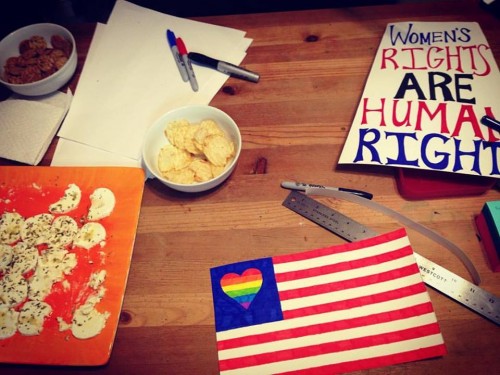 And then we took those signs and joined I-don’t-even-know-how-many other people on the streets of San Diego to show the world that we exist, that we are taking back our power, that we are here and not going anywhere. And we were answering the call of marchers on the other side of this country, this continent. And they were answered by marchers in countries around the world, on every continent, even Antarctica. 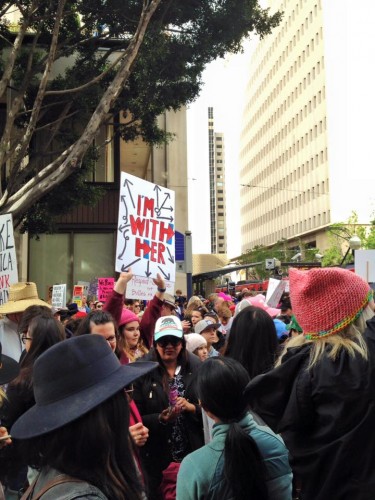 This is spellwork, this is magick, this is a prayer that we all, of every religion and culture, can do together. We raise our voices together and send messages of hope and power together. Of course it’s magickal; of course it’s prayer.

But it won’t fix anything, said my inner voice. It’s not enough. 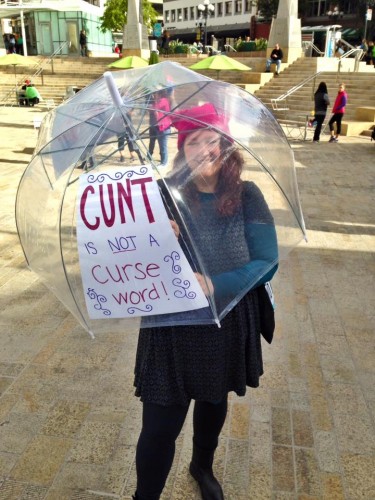 But I came home today and, after napping for two solid hours, I watched a White House video and read some news stories without having to scroll past them before I could allow that horror, our new reality, to sink in. This sounds simple enough, but I’ve not been able to do it for weeks now. My mind’s eye is purposely not making eye contact with the concept of this new president, of his inauguration.

So that’s what the spell did: it gave me renewed strength. Where before I was too weak to do the work of the world that needs to be done, when surrounded by my sisters and brothers in that March today, and throughout the world, I was recharged. The spirit’s work lifts a person up to get the world’s work done. 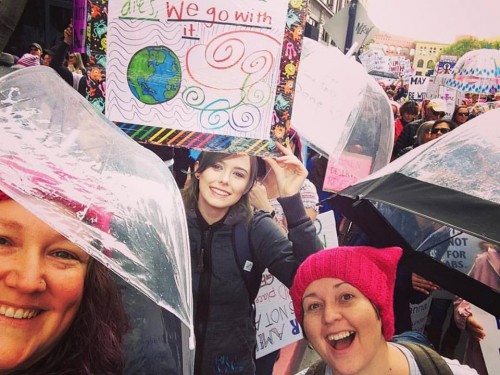 This is spellwork. This is magick. This is prayer.