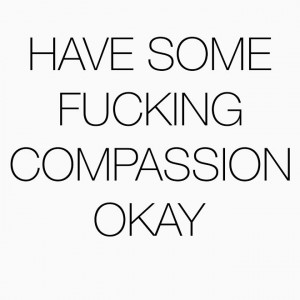 Depression is an Abuser

2 thoughts on “In this post I will yell and scream and use a lot of bad words while I rant about compassion.”