BY bonnie /Just Life, Places We Go /No Comments

Google Maps might tell you that Yosemite is about 6 1/2 hours away but that is a dirty lie. Yosemite is actually 6 1/2 light years away and when you add in three or so breaks at about 20 minutes each you won’t arrive at your campsite until exactly 10 hours after you left the house at six am. And you’d want to stab all the people when you finally arrived except that YOSEMITE and you have actually zero desire to stab anything all all.

If you find a gas station in the middle of nowhere for surprisingly cheap it’s probably because you’ve fallen back in time to the only gas station left on earth that doesn’t accept any form of plastic as payment. Just save time and go to the overpriced Chevron down the street.

Bakersfield is, indeed, the armpit of California. I hated it. So much. And we didn’t even stop there. I could just tell I hated it from the freeway.

In the area there is a street called 7th Standard Road. Even Bakersfield hates Bakersfield.
(ALTHOUGH. When googling the road name to fact-check myself, Google asked if I wanted to know about “7th Standard Road Ghost” so it just became slightly more interesting.)

In Fish Camp there is a creek called Big Creek. Really.

Other names that might need reconsidering: Mosquito Creek, Avalanche Creek. 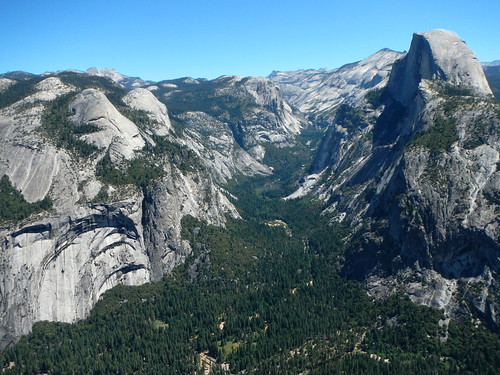 I may or may not have cried when we turned the corner and got our first glimpse of Half Dome and El Capitan. The thing about these enormous rocks is that there is no way to fully capture their power and beauty in a picture. Even Ansel Adams, clearly the god of Yosemite photography, could not honestly convey how incredible Yosemite Valley is. You have to be there. To turn that bend and catch your first glimpse of the valley is a spiritual moment that neither words nor film will ever be able to convey. 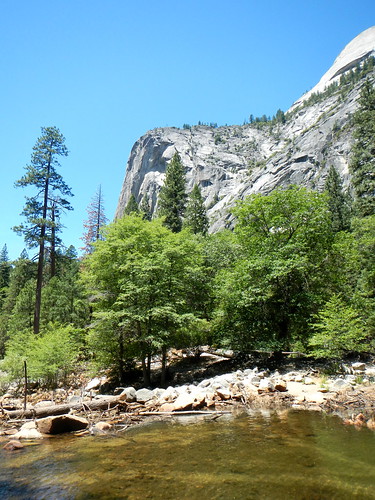 People yell “Elmer” across the campground all evening. Really.

Bears like soap. Bears like Chapstick. If you need Chapstick at 4:45 am you will have to leave your tent and fight an actual bear for it. Bears are clearly assholes.

Here is the thing about bears. When researching this trip, I found this on the Yosemite official website: 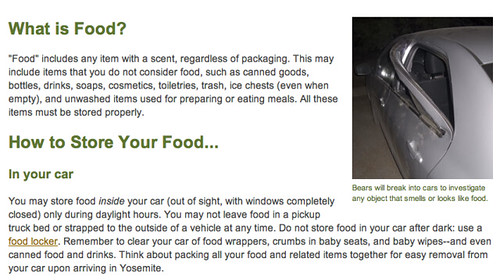 So, basically, don’t have any crumbs in your car or you will probably die and kill everyone around you with bears. That is the message I took from that. And, to be honest, I don’t even think I am stretching what they are saying too far. Luckily, I knew that bear sitings were fairly rare since the bears are pretty people-shy, so I wasn’t too worried. Until I arrived and signed my bear contract (seriously) saying that I promised to follow the bear rules and while we were discussing this, the ranger told me they’d had bears in the campground every single night for the past two weeks. Naturally then, I saw a bear. It was right outside my tent at 4:45 am, looking through the neighbor’s (empty) boxes on their picnic table. Probably looking for Chapstick.

Because I am an emetophobe, the bear was still less upsetting than the kid with the stomach flu in the next campsite over. I did not sleep at all that night.

On Monday I had the kind of day where I dropped everything I touched (usually onto my feet) and I tripped over huge logs that were not at all invisible and I had a really hard time with Capri Suns. 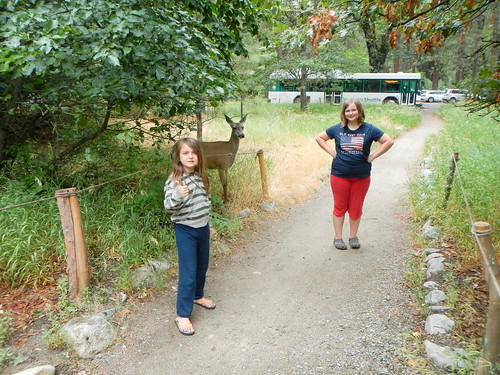 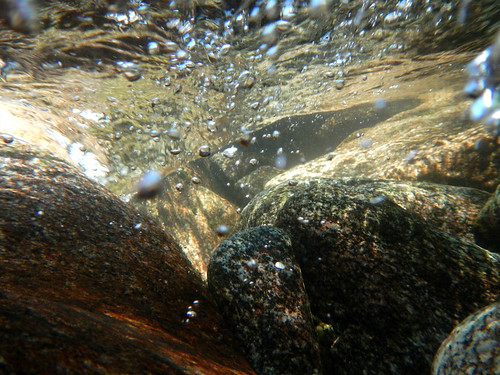 The problem with learning to skip stones is that once you plunk it in the water it’s gone. And who has the time or patience to go looking for more skipping stones? NOT THIS CHICK.

On the other hand throwing stones as far as you can is fun. 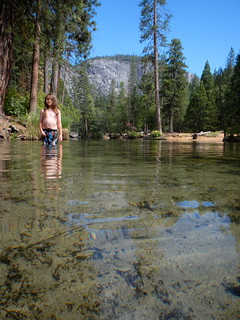 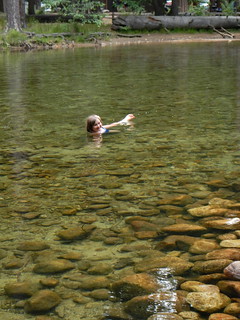 The trick to being in icy rivers is just to wait until all your extremities are too numb to feel anything. At that point it’s quite comfortable.

Rain in Yosemite is beautiful and I’m so glad I got to enjoy it. I’m slightly less amused having to lug home a wet tent and camping chairs. 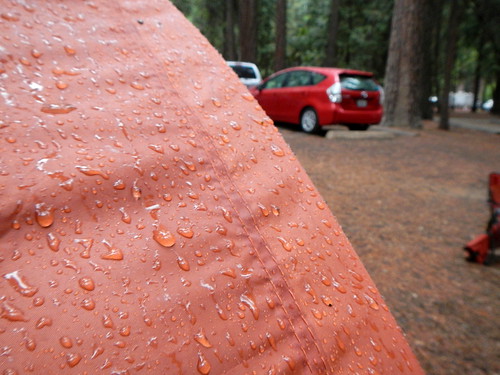 Los Angeles can have traffic at any hour of any day. But it will definitely have traffic at 9:30 on your way home after an exhausting trip. Especially if you were kept awake all night the night before by a crying baby at the site next to yours. Related: I feel somewhat stabby to those parents who walked their crying baby outside my tent all night.

When you leave cats alone for like five days, by the time you finally arrive home their eyes will be all big like they’re afraid they might be hallucinating, they won’t stop asking you if you are real, and once they are convinced this isn’t a dream, they’ll automatically get crazy and climb all the walls.

My mom’s high school best friend went to Yosemite for a summer job and never came back. I can see why. 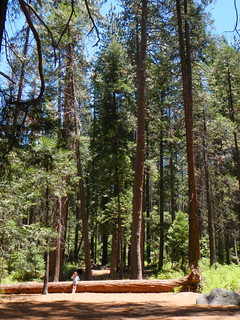 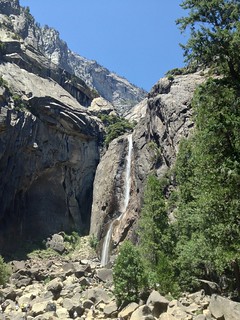 If you want to see the rest of the pictures, you can find them at my Flickr album here. 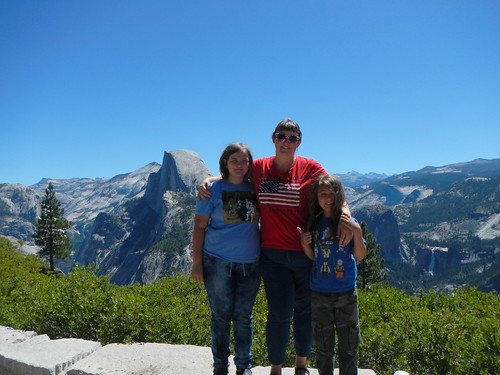 I visited here with my grandparents nearly 30 years ago and it’s been a beloved and fairly clear memory ever since. I’m so glad I got to go back, and to share the place with my children, forming their own beloved memories in the process. I hope that the next time we go will be sooner than three decades on.

I have no idea at all what this post is about. If you figure it out, can you leave me a comment?

Five Days in and I Have a Home Depot Guy