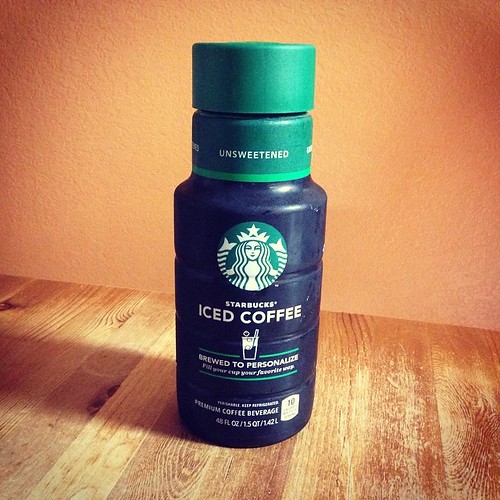 The past few weeks I’ve been exhausted. Like. EX.HAUST.ED. Like where I feel like I’m wearing a suit of weights and I cannot make it through the day without a nap. I have always had moments or days like this but never for a stretch this long. I have various other health concerns being checked out so I figured I’d have to bring this up to my doctor, too, and hope to god it’s not something deadly (mild hypochondria mayyyybe).

Earlier this week, I ran out of this super delicious iced coffee Starbucks sells in grocery stores now so I did my old standby of making an iced coffee out of a packet of Via. I felt great all day. I was so relieved to think the exhaustion might finally be clearing up. I even had the energy to run to the store to buy more iced coffee.

It doesn’t say it’s caffeine-free, but IT CLEARLY IS.

THIS STARBUCKS ICED COFFEE IS A DIRTY, DIRTY LIE.

IDK WTF you did here, Starbucks, but I, for one, am personally hurt and I’ve lost some trust.

My lovely readers, spare yourself weeks worth of health-related anxiety and don’t buy this coffee even though it’s got a warm and rich, slightly nutty flavor. Sigh. What a loss.