BY bonnie /Lady Links, This is a Woman /2 Comments 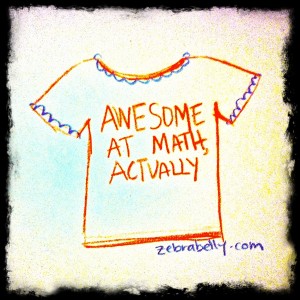 ~TIAW on Tumblr and Pinterest.
~This was going around a couple of weeks ago. It’s a comparison (using… food?) of porn to real-life sex. I have not actually seen a crapton of porn in my life, so I find it interesting that many of these numbers were a surprise to me. I guess it goes to show how much influence porn has over our cultural view of sex. *sigh*
~This is a really interesting article. I started skimming it the other day and got about 30% of the way through before I had formed a solid opinion. Now that I’ve finished it, however, I don’t know really what to think. In the article, a thin woman who struggles with her own body image (as many women of all sizes do) makes a comment about not wanting to be fat. Was it a derogatory comment, biased against overweight? Absolutely. But do thin women not get to talk about their own body image issues just because they are thin? That’s not really fair either, is it? Perhaps we should do that thing here where we listen openly to everyone’s point of view, and together we can gently discuss these issues. Maybe that way we can grow together and finally end this body hatred too many women of all sizes and shapes suffer from.
~”To suggest that one’s belly, body hair or tattoo is ‘distasteful’ and should therefore be covered in the name of etiquette is the very worst sort of body fascism. If your children are traumatised by the sight of a fat person in a bikini, a bit of cellulite or a caesarean scar, then may I tentatively suggest that you aren’t raising them correctly. If seeing someone hairy wearing something skimpy renders you ‘unable to eat your lunch’ then I’m afraid my diagnosis is the problem is with your brain, not their body. We are all naked underneath our clothes. We all have a body and few of them are anatomically ‘perfect’. Grow up.” <-- From this article.
~Dear Men, “You shouldn’t be a feminist because you want to protect your womenfolk, or because you think it’ll get you laid. You should be a feminist because you should fucking be a feminist.” Word.
~I really really REALLY don’t understand how a shirt insinuating that girls can’t do math gets through the production process without someone in the company pointing out that, hey, you guys? maybe this is a tad sexist? WTF, Children’s Place? Still, this post brings up some other questions dealing with the more subtle layers of gender-designed clothing. I know when I was pregnant with my son in 2005 and did not know his gender it was really hard to find gender-neutral newborn clothes. Once he was born, it was really hard to find boy clothes without sports stuff on them (we are so not sports people). It’s worth thinking about.

Talking Sexism at the Home Depot. Like You Do.