It’s like that Greek myth where Pandora cracked open Zeus’ brain and all the crazy came out, leaving him refreshed and way less assholey.

BY bonnie /Children of Hoarders, Delving into the Psyche, Depression/Anxiety, Onwards, Spirituality, The Zebra /3 Comments 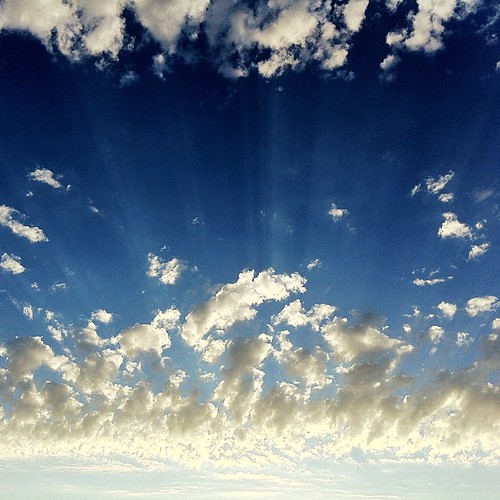 I’m in the midst of cracking shit open right now. The cauldron of my psyche is boiling and shit’s bubbling up to the surface that I never knew or consciously realized. I feel like I’ve been in that dark forest that a hero is supposed to head into to fight the monsters and I’m finally finding my way to the caves where the monsters live instead of just hiding in the darkness, too overwhelmed with all the new sensations to move.

I think my writing style is to throw as many metaphors into as small a space as possible with the intent to dizzy my readers into thinking I’m a better writer than I am?

As a child, I definitely had perfection issues. If I created something and didn’t like it, I considered it a failure. More often, if I created something and never finished it, I considered myself a failure. But when I was around middle school-age I started noticing imperfections in others around me and I saw that they could be beautiful. Messy handwriting, a botched-then-fixed art project, an unconventionally-beautiful body shape. And the more I began to notice imperfections, the more I began to realize that perfectness is bullshit. So I let all that shit go.

Except. Just a few weeks ago I realized that for the past few years I have been clearly and consciously, and very seriously, trying to choose what my character flaw will be. Will it be my flakiness? That’s adorable and forgivable. Maybe it’ll be my various superstitions – eccentricity is quirky and cute. It could even be my anxiety. I fucking love my anxiety. It defines me and I don’t even know who I’d be without it. The anxiety has to stay. (To be clear – there is actually zero sarcasm in that last point. Which is probably super fucked up.) But I cannot allow my other flaws – my desperate need for constant approval, my inability to be there for people when they need me sometimes, the fact that I sometimes miss jokes if they are too dry – those things have got to go.

So. Um. Maybe I still have perfection issues after all?

I have a fear of failure that I have been unknowingly nurturing and nourishing in the dark recesses of my mind. Coddling it and encouraging it to grow by secretly promoting this perfect me I wanted to create. The more I focused on becoming perfect in all the ways I felt needed to be perfect, the more anxious I became. Trying to hold it all together like a 1960’s Tonight Show guest with a few too many spinning plates, running more and more frantically between them. It’s exhausting.

I imagine that perfection is a goal that my Child of a Hoarder self set for me. From one extreme, I believed I needed the other.

But obviously this keeps me imprisoned with only myself as cellmate, and I’m not always nice to me, or reliable in the things I tell to myself. And I don’t want that life. So I am forcing myself to write about things and talk about things. Transparency keeps me sane.

Those character flaws I considered keeping grew bigger and stronger, became my jailers, pacing back and forth in front of my cell all night long (and all my days were nights). I remember at one point last summer, in my deeply religious fear of Murphy’s Law, I nearly panicked when I dropped something and commented, “Dammit, gravity!” For a moment, I was literally afraid gravity would hear me and, just to prove a point, stop working and everything would float away. I immediately caught the ridiculousness of the thought and laughed it off. Mostly. A kernel of that fear lingered.

It is because of that general thought process, I think, that my entire spirituality has been shattered. Caught between the atheistic beauty of the tangible world and the metaphysical mysteries that also ring true for me, I couldn’t orient myself. And I was afraid to publicly stand for something that might not be understood by everyone. So I turned to science because no matter what science is unfailingly there and real and right. But in the process I lost my faith. After all, if there is no bigger message in the world, than what are the gifts I have been given? Why was I granted sanity when my mom wasn’t? If there’s no ultimate purpose, then maybe I am just a spoiled child? I still don’t know any more than I did before about what my spiritual thoughts and leanings are, but at least I can now see the pieces on the floor for what they are and I can take time to put them together in new ways to see what fits for me.

But I honed the good traits until I was crazy, too. My desire to see all sides of every story is a beautiful and important trait to have, but it grew so strong that I could no longer see which side was my side. Like a tulip made of glass mirrors, each petal was broken and on the floor, reflecting every thought I might have on a subject. I had no sense of north, again with no way to orient myself. I couldn’t find me anymore, lost in a sea of concern for balance and justice that was more important than having an identity of my own.

Over the last couple of years I’ve stopped talking and writing. All of these things were growing like weeds and muzzling me. Sometimes I was too afraid to speak, but sometimes I just didn’t know where to begin. Interestingly, over the last year, I’ve become physically weaker, I’m in more pain, I hardly sleep, my depression and anxiety are through the roof, I’ve been sicker, and I’ve gotten fatter. By coincidence (or divine intervention?), I got the chance to participate in an interview for an upcoming series on NPR about the ACE study. I met with the doctor here who has been working on this for close to 30 years, and we talked about how childhood emotional trauma can affect our physical selves as adults. Science has found a link. It’s there. It’s clear. But because it’s so intangible, I tend to discount it. I feel like it’s crazy to find connections like that, despite the fact that, apparently, they are there. Despite the fact that I have seen connections like that over and over in my own life and body, I still wonder if I’m making up excuses (probably, hilariously, a leftover trait of my childhood trauma. How appropriate).

I don’t know what science might have to say about Louise Hay’s book, Heal Your Body, but I looked up “feet” because I’ve been having various problems with mine – from internal pains to the fact that I cannot stop dropping things on them. The suggestion was that feet problems can mean that you are standing, or lingering, in grief. AND HOLY FUCKING HELL AIN’T THAT THE TRUTH.

All of this has come up in the past few weeks. And a lot of these words came out of my fingers tonight in the past tense, suggesting that I am healed from this Crazy. The truth is that I probably have more to travel on this particular trip into the dark corners of my psyche. Hell, the last few days have been a whirlwind of emotional highs and lows. But I do feel like a major shift has happened. Like I’ve got a map, or a flashlight, or like at least I know the monsters I have to fight on this journey.

I can’t ever stop talking or writing, you guys. It’s dangerous, both psychologically and physically. Now here’s hoping that pain in my foot goes away. You hear that, Psyche? I’m leaving the grief behind.

3 thoughts on “It’s like that Greek myth where Pandora cracked open Zeus’ brain and all the crazy came out, leaving him refreshed and way less assholey.”