The Letter: The Sequel to The Letter

BY bonnie /Delving into the Psyche, The Zebra /No Comments 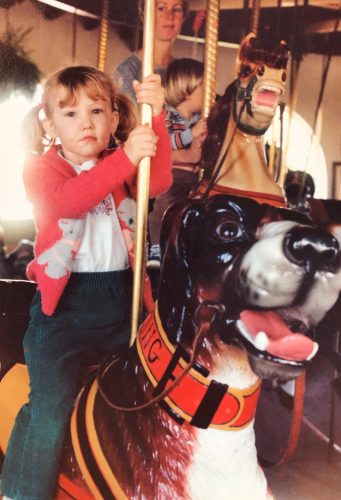 Damn, if you were shocked by the last letter, just you wait until you hear what I’ve got for you this time.

But it turns out there is more to the story.

Just about a year ago, a few months after the first letter, you were lying in bed, stoned (oh yeah, you smoke weed now, fyi) one Sunday night when a thought popped into your head: Oh. I’m autistic.

But think about this: you have already questioned whether or not you were autistic. Remember when you read that book in middle school about the boy who had autism but “recovered” from it? And you asked your mom if you might be autistic but she brushed it off and told you that everyone is a little autistic? Yeah, turns out there’s a lot wrong with all of that.

You’ve spent all these years trying to understand your mom. Her official diagnosis is bipolar, but you question that because she’s never had a manic episode. You wonder if she might have borderline personality disorder and that seems likely for awhile until a psychiatrist tells you he doesn’t believe that borderline exists (he’s bullshit – don’t listen to him). But eventually you will realize: she was autistic, too.

It makes sense: she was often crippled by sensory stimulation, being barefoot even when socially awkward, as just one example.

There’s a thing called autistic burnout – it’s sort of like a computer taking certain systems offline when it’s trying to fix something. On the daily it can look like exhaustion at the end of the day, but to the extreme. Right now as you are still working a fully time job, you already are experiencing daily burnouts. It’s why you can’t get anything done after work. After peopling all day (it’s called masking), you no longer have energy to make dinner or attend to housework. You currently think you are just lazy or unmotivated or lack a work ethic or something. Eventually you will recognize the role that childhood traumas played in this, but after that you will learn about burnout and finally have a more complete understanding of yourself.

But burnout can also be bigger, lasting for months, or years, or forever. And you will come to think this is what happened to your mom. It explains why she just stopped doing housework one day.  You’ve long recognized that your mom didn’t really fit the typical hoarder profile – she was generally okay with people helping her to clean up and throw things away, which is very unlike hoarders – and this makes it all make sense, finally. She burnt out. Her brain went offline and made her incapable of housework from that point on. Perhaps if she had been supported through this, with a housecleaning service or something, she may have been able to recover.

Of course, you will also wonder if she would have tried to. Because autism was clearly not her only issue. She also always refused to acknowledge her role in your traumas and that’s not an autism thing, its an abusive thing. Autistics can be assholes, too.

But it explains so much about you, too. Your own sensory issues, your auditory processing issues, your relationship troubles (people have always thought you are “too much” in one way or another), your lack of understanding about how to get projects accomplished, your school troubles… Even the fact that you still have meltdowns like a small child despite being an actual adult now – you have nothing to be ashamed of.

Also, you have ADHD. Somehow that’s less of a surprise.

It will make you angry that you struggled for all these years, believing yourself to be lazy, incapable, stupid, and, worst of all, unmotivated. You will long for the life you didn’t get, where maybe you would have had a chance at success. You will also understand that when you were growing up people didn’t have the understanding of neurodiversity that they do today so you can’t blame them, really.

You will feel relieved that there is a reason, and it will fill up your self-esteem significantly, but also you will feel frustrated that there still aren’t really supports for you. You will love discovering new insights about your psyche and how you work, but you will become even more frustrated at the people in your life who refuse to do their own work. Discovering your autism helps you shape yourself for the first time into the real you and that’s exciting but exhausting.

You will spend your 42nd year mostly taking your psyche apart, examining it piece by piece as you disassemble it. You will feel vaguely panicky because now your psyche is all over the living room floor and you don’t know how it goes back together. But you did this once nearly a decade ago with your spirituality and it felt the same and it came back together finally – but in the way it was always meant to be rather than the way it actually was mashed and molded into their shape, not yours. So you know the same thing will happen with your psyche and you are excited to see what shape you are meant to be, but you are also afraid of being disassembled and you worry you’ll get stuck here.

Because here’s the other thing: You are probably also going through a significant time of burnout yourself. Compounded by so many other situations (don’t freak out or anything but your hip bones are gonna start decomposing for no reason and then also your uterus will try to murder you, every month by wrapping its hormones around your brain and choking out all the happiness. nbd.), you are currently unable to work and frankly have a hard time keeping up with even the simplest of life chores. It’s scary not only because a great fear of yours is turning into your mother, but also because you don’t know whether you will recover or not; your mother didn’t.

But also, you always do the work that your mother refused to do. Already you are rebuilding yourself into what you are actually capable of, finally. Already you acknowledge your faults and transgressions and work to make amends. Even if some of your abilities never do come back online, you are a psychologically healthy woman who works to build your community up, rather than to harm it and abuse it. You are not toxic.

It will be the great irony of your life that you have (quite accurately) armchair-diagnosed random people in your life with autism but you missed your own for so many years.

But that’s the thing, isn’t it? You didn’t miss it. You were just mistakenly redirected.

The thing about growing up with undiagnosed autism is that you have an understanding from a very young age that you are different somehow. You realize that everyone else knows what’s going on and you are definitely not “good enough” to have your own thoughts, opinions, knowledge, etc. You, in particular, remember having thoughts about wanting to be “a real kid” from the age of two or three. Your belief in your own inadequacy is deep in your bones, it runs through your veins, it steeps your mind in toxic fumes. You know you cannot be an authority on anything, not even on yourself.

So when your mom told you that you aren’t autistic, you had to believe her. When psychologists or educators tell you that you (or your children) aren’t autistic, you will have to believe them. You won’t even consider it because you don’t want to … culturally appropriate? … neurodiversity. You have been saying for years now that you “have attention issues” because you recognize that it creates very real challenges for you, but you never actually consider ADHD because that would be inappropriate; you are clearly neurotypical.

Part of this process of discovery is to learn to believe yourself. So many things have been brushed aside because you assumed you didn’t have the right to consider them. This has done nothing but harm you.

But now you stand tall; you rebuild your frame yourself, imbuing it with all the logic, wisdom, and strength you have inside you. You are learning to believe you, to trust you. You are becoming the woman you always wanted to be: the woman you already were, have always been.

You are autistic and that is awesome.

PS if you want to read the document I’ve been working on regarding the DSM diagnostic criteria, you can read it here. 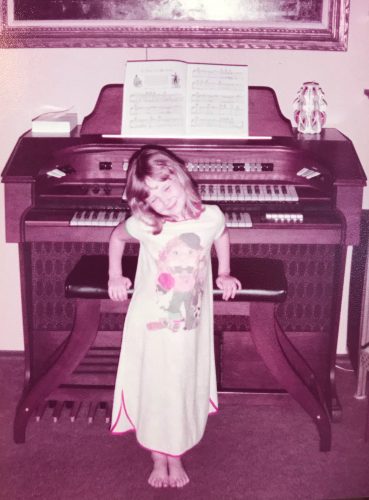