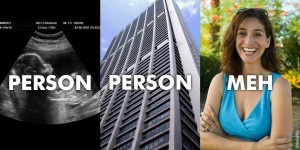 Yesterday I was stricken with some mysterious fatigue. Probably it was my body’s intuition that the SCOTUS had done another horrible fuckass thing and I should just make a point to stay in bed and not try to join in the human race yesterday. But tiredness isn’t a clear enough language so I got up anyway, read the news, and then decided to go back to bed.

But here are some thoughts I have after having read and maybe participated in discussions/debates on the topic on various friend’s Facebook pages. (Sorry, various friends. I really tried to limit myself as much as possible.)

1. People kept saying, “But people can CHOOSE not to work for these corporations!”
I think the people who said this are probably simply innocent and merely lacking the facts here. Obviously they have slept through the last 15 or so years and entirely missed the economic news. We should speak quietly and get them some coffee. Once they catch up, they’ll understand that people can’t just pick and choose which jobs they want. This isn’t the 1950’s anymore. Shit’s fucked, you guys. People stay unemployed for months and months or even years and then when they finally get a job they are gonna take it and not even care if birth control is covered because at that point the fact that they will be able to buy frivolous items such as “food” will take precedence. Anyone who says people should just work for those corporations that hold their own personal views (and by “personal views” I mean “provides basic human rights such as health care”) simply have no clue what the world actually is like. And good for them, I guess. Either they slept for the last decade and a half or they live in their own little protective bubble (or they don’t, but they hold views that go against their own personal lifestyle), but they just have no clue. Here’s a tip: grow some empathy. Think outside of your own brain for a moment and try to imagine how it is for people less privileged than you are.

2. People kept saying, “The government can’t just step in and tell a private corporation what to do!”
Except. That last I checked, the government enforces rules about making a job safe and possible for people with disabilities. And the government has rules set in place which don’t allow private companies to discriminate against people of other races, genders, or sexual orientations. So, dudes? The government does, in fact, butt in when it comes to protecting those who need it. You know. Except women.

The bottom line here is that their science is bad. At BEST they grossly misunderstand how these contraceptives work. Preventing an ovary from releasing an egg is not, in fact, the same thing as abortion by any means. The fact that the Supreme Court backed up this pseudoscience bullshit is, at the very minimum, absolutely terrifying.

3a. Someone even said, “Health care is a privilege, not a right! People should make the choice to find a job that provides them health care!”
This is the part of the day where I just zoomed right off the plane, way out into outer space. Because if health care is a privilege you are LITERALLY saying that only rich people should be able to be healthy. You are, IN ACTUALITY, saying that poor people should just all die. I mean. You didn’t even bother to pretend very hard that you don’t feel that way. You very clearly feel that way. And you know who very clearly did not feel that way? JESUS.

3b. People kept saying, “But Hobby Lobby is still providing most birth control, just not these ones they don’t believe in!”
But you know what? That doesn’t mean they aren’t blocking birth control. Cause they are. It may not be every kind of birth control, but some women need specific kinds which may be one of those banned. What it comes down to is that a woman and her DOCTOR, not her EMPLOYER, should be the ones to decide what contraceptive a woman needs.

Doctors have created a distinction between abortifacients and contraceptives. Contraceptives do not end a pregnancy – they prevent one. There is a distinction. And it’s a distinction that seems to be grossly misunderstood by the majority of people who claim to support Hobby Lobby, and in this case, the SCOTUS upheld this bad science which is fucking terrifying.

So. You made Jesus cry. And you made the rest of us turn into rocket ships in our rage. Hope you’re happy.

(I was going to draw you a picture of me, as a rocket, leaving the planet, but I’m bad at drawing and all my rockets just looked like dicks which, I think, is against the spirit of this post. Next time I leave the planet I’m leaving in a vulva-shaped ship.)

But here are the facts: This law doesn’t protect corporations from having to provide other medical care that they feel is against their religion. Companies run by Jehovah’s Witnesses are still forced to provide blood transfusions, Christian Scientists are still required to provide for vaccinations. If this was actually about protecting religion, this would cover all medical-related things that all religions avoid. But it doesn’t. Because it’s not about religion.

This law also continues to provide for such medically unnecessary things such as Viagra or a penis pump. It is literally only the things that apply to women that are included in this. Go ahead. Tell me how we don’t need feminism. Tell me how this isn’t misogynistic. Go ahead and tell me how women receive equal rights. Say it. I dare you. This is nothing but means to control women. Why the hell else would someone ever care what I do with my own body?